On Friday, 30 September, Shooting Star fundraiser Nicole McKenna lit a white lantern in honour of her own blood cancer journey. 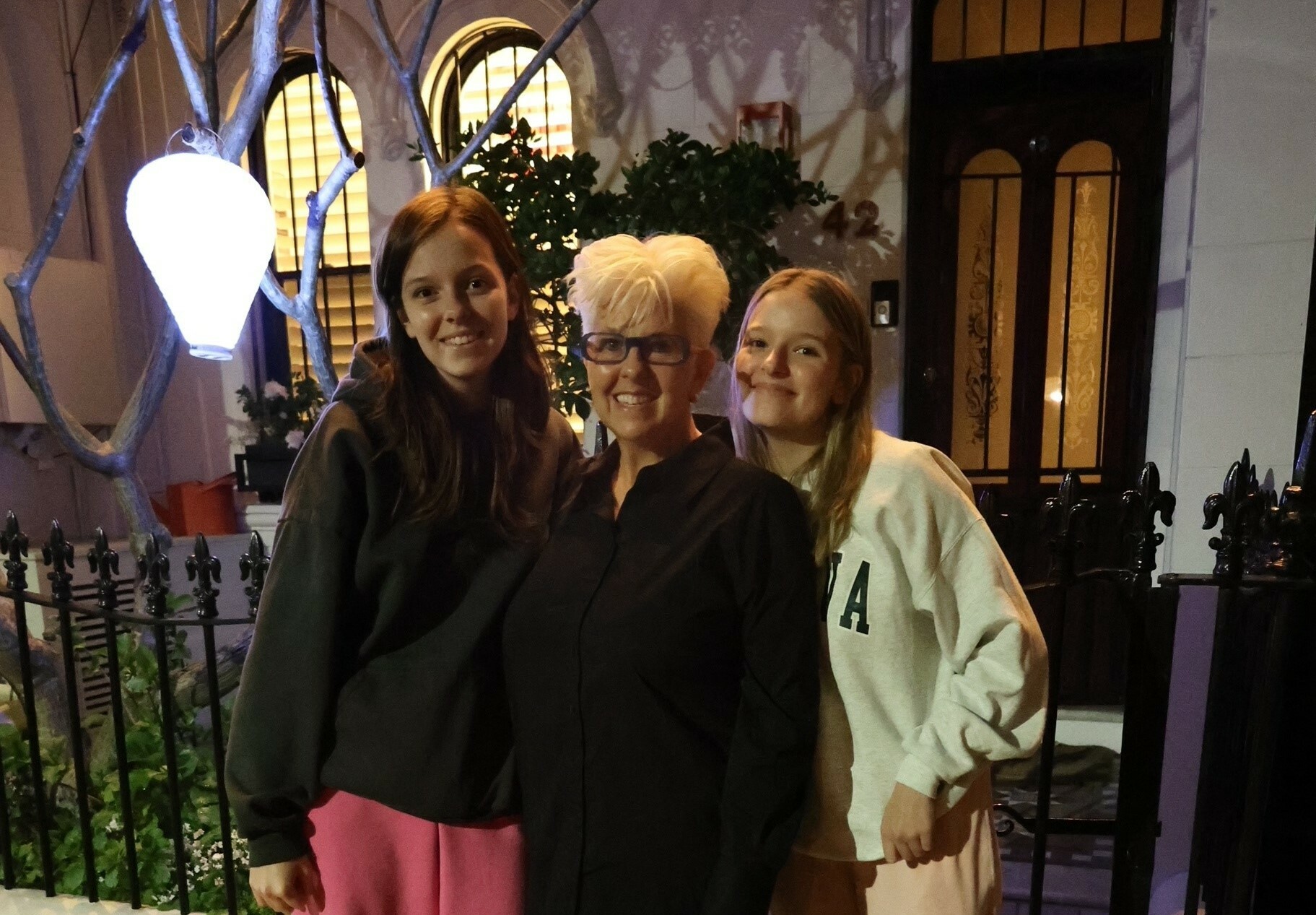 The Leukaemia Foundation would like to wholeheartedly thank Nicole McKenna for raising a staggering $21,338 for Australians facing the darkness of blood cancer and becoming the nation’s top individual fundraiser for Light the Night 2022.

Nicole at the 2016 AFL Grand Final with her husband and daughter.

After receiving the results of a bone marrow biopsy in 2018, Nicole was told the crushing news that 53 Australians hear every single day; that she had blood cancer.

“I will never forget the words that would change my life,” Nicole said. “When my haematologist called me the following morning to say I should come in that afternoon, I was a little surprised. My husband was working in Singapore at the time, so I called a friend and asked her to join me just in case it wasn’t good news. It wasn’t.”

“‘There is no easy way to tell you this Nicole, but you have acute myeloid leukaemia. It is a life-threatening illness, and you will need to be admitted to the hospital tomorrow and start treatment on Friday.’ She also said a whole bunch of other stuff that went in one ear and out the other, though I do remember her telling me that ‘there are survivors’, which was not in the least bit reassuring at the time.”

Like many other Australians who receive this kind of news, a rush of adrenaline kicked in—and Nicole suddenly felt “surprisingly calm and deliberate” in everything she did in the following 24 hours before she was admitted to the hospital to begin treatment. She used this time to inform friends and family of her diagnosis, and to reassure them that “it was going to be okay”.

“I made dozens of calls and sent three times as many emails and texts as I informed, reassured, and comforted my family, friends, colleagues, clients, and my daughters’ school. There was so much to do and so many people to tell,” Nicole recalls.

But there was one conversation that was always going to be the hardest to have for Nicole.

“Telling my then teenage daughters was the hardest and most heart-breaking part. I was honest. I told them that although it was going to be unspeakably awful, I felt in my heart that it was going to be okay, and that we all needed to hold onto that.”

Nicole and her husband and two daughters

Now four years post-bone marrow transplant, Nicole reflects on blood cancer’s unique ability to wear you down day after day, and the importance of “surrendering to the process one day at a time”.

“Anyone who has been treated for blood cancer—or who knows anyone who has been treated for blood cancer—knows that it is beyond brutal. You can’t be treated as an outpatient because the treatment leaves you completely and comprehensively vulnerable to every manner of infection. Your hair falls out in clumps, and every day there is some other bizarre thing happening in or on your body—from weird rashes and welts to inflammation that baffles your medical team. You are woken at 6am every morning to give blood from a port that has been surgically implanted into your upper arm or chest and that makes you feel a bit like a robot, but you just get on with it knowing that all you can do is surrender to the process one day at a time.”

“And sadly, there are no flowers when you’re a blood cancer patient, although everyone is desperate to send them to you. That’s because flowers come with an unacceptable risk of fungal infection from spores that might be present in deteriorating flower water. Yet, despite all of that, you mostly just suck it up knowing that as each day passes you are hopefully one step closer to going home.”

Despite going through all that hardship, Nicole credits blood cancer for giving her the “best terrible experience of [her] life.”

“Before I got sick, I would routinely berate myself and question the choices I had made. Then, during treatment, I remember looking out the window from the fifth floor of St Vincent’s at the world below— where everyone who was well was going about their business oblivious to the challenges, fears, and misery of hundreds of sick people in the building above them—and I had an epiphany.”

“I knew that I might die, but I felt a profound sense of calm—an unshakeable knowledge that the choices I had made up until then were the right ones for me. They had enabled me to live a slightly messy, imperfect, but happy life—and I had lived it up until then. A life that I loved. And I felt a strange sense of relief that if I did die, I would have lived the best life I could have lived (albeit much shorter than I would have liked).”

Nicole was told that while she achieved remission during her first round of treatment, her only way to survive in the long run was to have a bone marrow transplant.

“The period leading up to my transplant in October of 2018 was a strange time. There is just a 25% chance that your sibling will be a perfect match as your bone marrow donor, so I hit the jackpot when my sister was identified as exactly that. She was (and remains) a force to be reckoned with for whom I will always be eternally grateful.”

"On 17 October 2018, she donated her bone marrow in the morning that would save my life, and the transplant took place in the afternoon of the same day. There were some very hairy (no pun intended) days, weeks, and even months following the transplant, but here I am, alive and well four years later.”

As she reflects on her blood cancer journey four years after her bone marrow transplant that gave her a new lease on life, Nicole highlights the positives she has taken from her experience—and those simple yet beautiful moments she can now cherish once more as she embarks on life’s next chapter.

Nicole with her eldest daughter celebrating her High School graduation

“Greater Wisdom, more clarity, and better perspective. All of these were delivered to me courtesy of my experience with leukaemia.”

“It enabled me to clarify what matters most and to stop wasting time on people and problems and situations that just aren’t worth the effort. I know what I can control and influence and invest neither time nor energy in what I can’t. When you spend weeks and then months on end in a hospital, what you dream of and look forward to are not the fancy, expensive things you might think. It’s the simple stuff."

"It’s not feeling nauseous 24/7. It’s lying on the floor next to your golden retriever and patting her head and paws and beautiful silky ears. It’s the taste of that first latte at your local cafe sitting on a wonky stool and feeling like the luckiest person in the world. It’s sitting on the couch with your kids on a Sunday night and watching that same Harry Potter movie for the umpteenth time. It's sitting in a sunny spot with nowhere else to be and letting the warmth dance on your skin. These are the things you long for. The things you dream of."

On Friday, 30 September, Australia came together to shine a light on blood cancer, and on the darkness that it brings to each person it touches. On the night, Nicole lit a white lantern to reflect on just how much blood cancer has changed her life.

"It felt like this year was the right time to participate in the Leukaemia Foundation’s Light the Night Campaign. I know I am one of the very lucky ones for a whole range of reasons. When I lit my lantern, I thought of [every person I met throughout my blood cancer journey], grateful for those of us who survived, and deeply sad for those who didn’t.”

The Leukaemia Foundation would like to thank Nicole for her support, and for her incredible fundraising efforts as she joins her blood cancer community for the very first time to Light the Night in support of the 135,000 Australian families currently facing blood cancer. 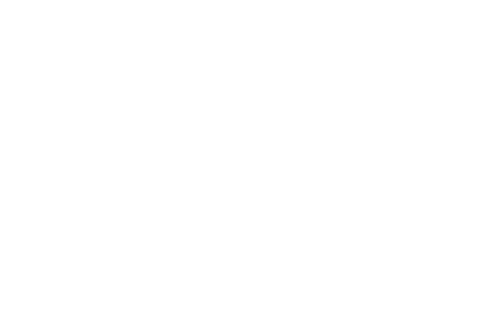