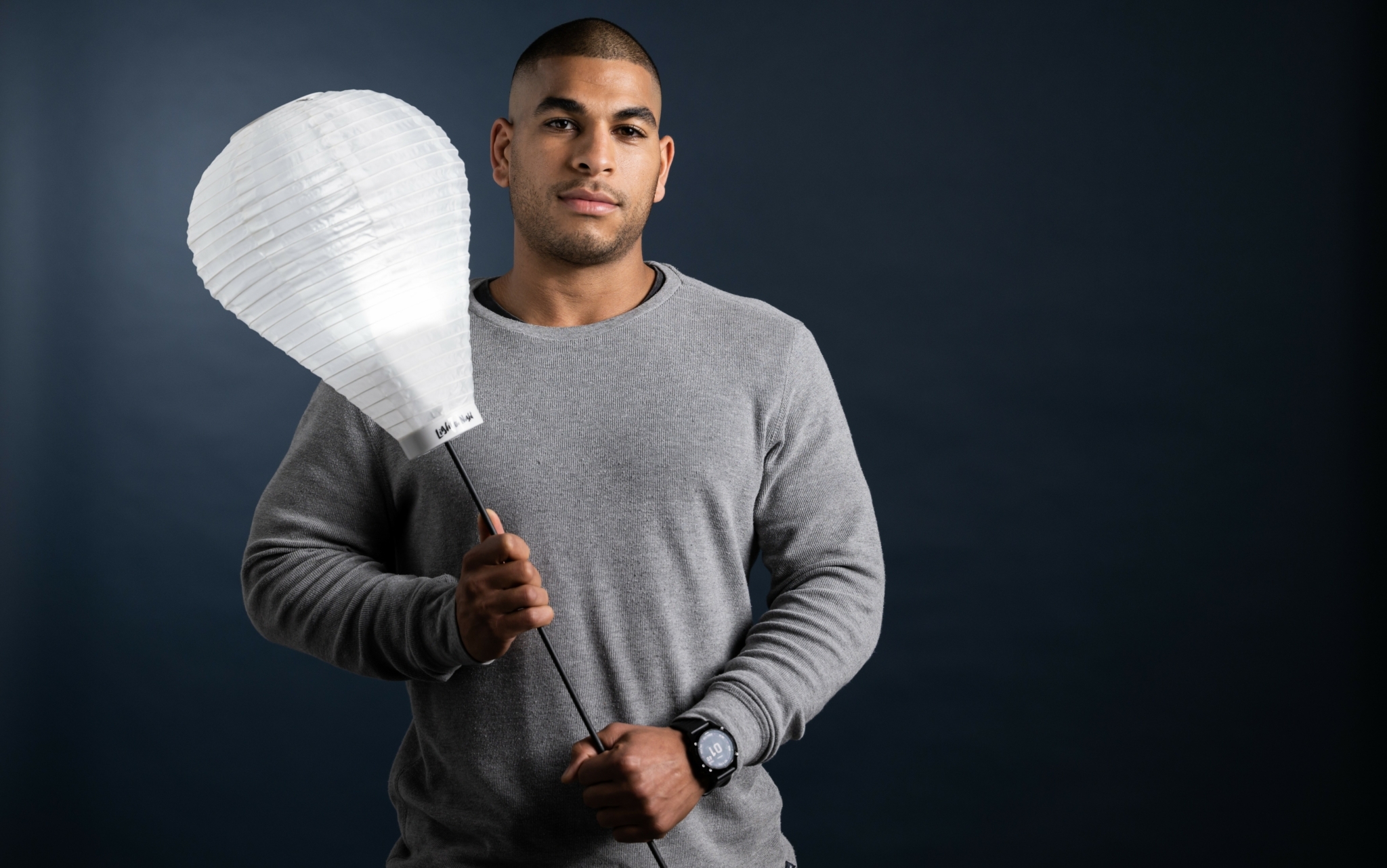 In April 2017, Sage was an aspiring 22-year-old athlete playing for the Mounties Rugby League Football Club—until a shock blood cancer diagnosis stopped him in his tracks. After experiencing a strange pain throughout his body, Sage and his family suspected that something wasn't quite right.

"I was relatively fit at the time, obviously with footy and training. And it just came to a point where, a week or two prior to being diagnosed, I felt a few pains here and there.” Sage remembers. "I just kind of pushed them to the side as a young boy does. And then, just prior to being diagnosed, I had to take two days off work just because I was in severe pain. I found it quite hard to walk around due to the pain."

It was then that his mother suggested he get checked. Soon after, an X-ray, CAT scan and blood test confirmed a diagnosis of acute lymphoblastic leukaemia (ALL).

"I guess both my mom and I went pretty blank, just because we didn't see this coming. And I guess we just kind of had to stay strong for each other. It was still hitting us what just happened."

Sage had to immediately put his life on pause to begin intensive treatment immediately. He often reflects on the importance of maintaining a positive mindset, not just for his sake, but for the sake of his family.

"Mentally I was really positive from day one. Because my mum and I were together at the time when I first got diagnosed, I knew I had to be strong for her. And doing that allowed me to really keep a positive mindset. And throughout treatment, that really helped me a whole lot. So, for the first part of it, I was really good."

As treatment went on, Sage's positive mindset was really put to the test.

"Towards the back end of treatment, that's when things started to take a turn where I got bogged down and out due to the side effects of the treatment and the way my body was changing and adapting. But it was nice to see that light at the end of the tunnel."

Sage's description of his mindset and strategy to get through treatment can be compared to his strategy to get through a Rugby game—which involves using those small wins to keep pushing forward, and not celebrating too early before the job is done. "You get a small win every now and then, which was a huge positive as well. You do get a win when a Doctor gives you good news, but the job is still not done yet. So that was my mindset. Not to get over happy about certain things, but that's just the way I dealt with it because I knew the job wasn't done. So, I had to keep pushing through and get to the end basically."

Doctors immediately began looking at the next steps for Sage, which involved a bone marrow transplant thanks to a very familiar donor.

"They did a global search but couldn't find a match. My sister was a half-match so she couldn't donate, so they had the option of my mum or dad. We chose my dad as he was a closer match, which was a great experience knowing that it was coming from him. I remember him sending me photos on the day as well when he was hooked up to the machine, and we were having a bit of fun just texting each other. For him to put his hand up to donate was very special for me. I was very lucky that my dad was actually my donor."

In 2018, Sage completed his treatment and, on his birthday, received an unlikely yet very welcome present from his doctor telling him that he was in remission.

"I still remember the phone call on my birthday, which was lovely. Hearing the word 'remission' was just the best news. It was just a relief."

Even post-remission, Sage kept overcoming the odds after being told he is going to become a Father.

With chemotherapy and other treatments having major effects on his body, Sage was told the crushing news that he was unlikely to have a child naturally.

"I got told a few times throughout treatment that it can affect your fertility. That was always in the back of my mind, just thinking, when I do have a child or a baby, what's it going to be like?"

But in April this year, his partner, Milly, told him the news that he was going to become a father, and Sage—now five years into remission—remembers that moment very vividly.

"It was amazing. I remember she was sitting on the couch when I got home, and I rushed to the kitchen because I was starving. She said "aren't you going to give me a kiss?", so I quickly rushed over and went in for a kiss, and she popped out the pregnancy test. I was on top of the world. My mum was just ecstatic, and so was the rest of my family and friends. I can't wait for the little bub to arrive."

Reflecting on his blood cancer experience, Sage felt honoured to be the white lantern ambassador for Light the Night.

"To be the white lantern ambassador for Light the Night was just an amazing experience and opportunity that I'm forever grateful for. It means a lot to me to be able to represent so many amazing people who have fought or are still fighting leukaemia, and I hope I can represent them well."

We are so thrilled to have had Sage represent all Australians who are facing—or have faced—blood cancer as our Light the Night white lantern ambassador.